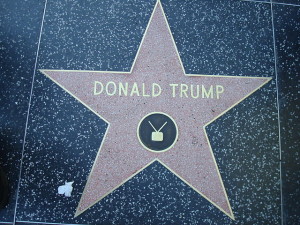 Is there anyone else in America — or even the world — who’s more interesting than Donald Trump right now? The casino mogul turned USFL team owner turned reality show TV star has spent the past several months pursuing his latest outrageous venture: becoming President of the United States of America.

There are a number of reasons why Trump’s political campaign fascinates us. Take, for example, the fact that no one seems to know what his end game is. Here are some of the stranger speculations:

He’s formed a secret partnership to disrupt the GOP field: In the past two Republican primary races, Trump’s golfing buddy Bill Clinton tapped him to sow chaos and discord among candidates for that party before a frontrunner emerged to face off against the Democratic opponent.

He’s a natural villain: Whatever he might be like in his private life, it seems he relishes the fact that his public persona generates so much outrage among so many people. And running for president is simply another way to do that. (I mean, the guy actually played a heel for a while in the WWE when it didn’t provide any apparent advantages for him.)

He’s trying to make a point: Trump doesn’t intend to go the distance, but he wants to run for as long as he can to offer up some kind of meta-commentary on a problem — the political and business elites in this country are trying to diminish the views and influence of regular voters, for instance, or a large part of the general public is made up of ignorant, easily led yokels.

If you’re looking for a hot take on any of these motivations or the wisdom of his policy proposals, this isn’t the place to get it. TeamWorks Media employees have opinions on that, of course, but we’re more interested in Trump’s “brand.”

Over the past couple of months, we’ve asked ourselves, “Why has he attracted so much support? And why now, when he’s never been taken seriously before? And why haven’t impetuous statements and perceived missteps caused problems for him — and in a couple of cases, even worked in his favor?”

To that end, we recently met to hash out our ideas about this phenomenon. And though we’re a seasoned group of marketers and communicators, I have to admit, it wasn’t necessarily easy to pin down answers to questions about his surging popularity. The immediate, visceral reaction to Trump among this assortment of blue-staters, urban hipsters and political skeptics was primarily to roll our eyes or sneer.

Still, we were able to put our personal feelings aside (eventually) and come up with a few clinical observations on the recent rise of Trump’s brand. Here are four specific reasons why we think he’s currently gaining traction.

1. PC Fatigue Syndrome: There are, of course, some people in this country who’ve never been on board with political correctness. But there are many others who hold relatively progressive and sensitive views, yet feel worn down by the rapid, constant changes in language and social norms brought about by the massive cultural shifts of the past couple of decades or so. Trump’s apparent disregard for polite, politically correct speech seems to draw in lots of people from both of these groups.

2. A Touch of the Anti-Hero: Walter White. Tyrion Lannister. Batman. Tony Soprano. Don Draper. When you look at popular entertainment today, many of the characters we root for are anti-heroes. While they’re often the protagonist in a story, they aren’t what you’d call admirable, as they frequently pursue their goals through underhanded, unethical or illegal means. Still, they’re not simply evil, as they have some redeeming qualities and can be a force for good in many situations. Trump, who’s brash and rude but also (presumably) honest and successful in business, may hold this kind of appeal for some voters.

3. A Focus on America: For decades now, much of the time and energy of American politicians and media figures has been spent addressing international matters: the end of the Cold War, increasing economic globalization, terrorism, conflict in the Middle East, to name a few. But given events in recent years, many Americans believe — not incorrectly — that there are plenty of problems to be dealt with closer to home. Trump’s campaign slogan is “Make America Great Again!” and his two signature issues are getting better treatment for military veterans and drastically reducing immigration. His relentless focus on domestic concerns could be driving interest in his candidacy.

4. Authenticity: In our view, the most important factor behind Trump’s success (and the one that really underpins the previous three) is that he’s seen as a “real talker” whose opinions can’t be bought. That means he says what he believes. He’s viewed by his supporters and detractors alike as someone who hasn’t been coached until he can only communicate in prevarication, pandering condescension and vague, focus-group-tested soundbites. In this analysis, whether he’s actually telling the truth as he sees it is almost beside the point. It’s all about perception.

That last point is a natural one for us to hone in on. At TeamWorks, we’re big believers in having a brand driven by one’s values, and communicating that in a genuine way. And even if few (or none) of us plan to cast a vote for him in any conceivable circumstance, we can’t help but appreciate the fact that he’s helping bring authenticity into the U.S. presidential race. 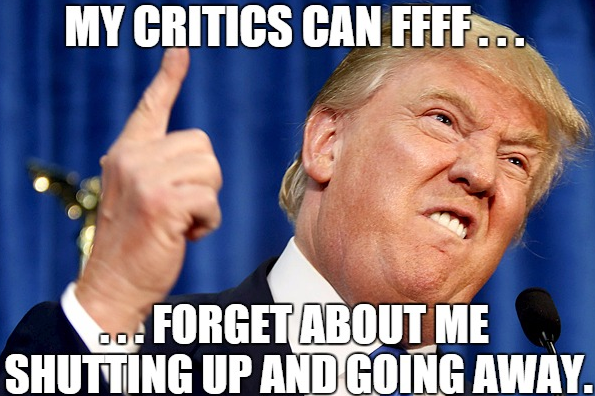 So, can we actually say Trump has a strong brand? Compared to the other GOP candidates still in the running, almost certainly. (The Democratic candidates are another matter — look for future posts from us on that in the coming weeks.) Yet it’s important to keep in mind that there’s not much of a “cost” to supporting him right now.

At the moment, backing Trump is as simple as saying, “I like that guy. He’s got some refreshing ideas,” or pushing a button on your phone during an automated polling call. His campaign isn’t doing a ton of fundraising, and most people won’t have to cast any kind of ballot for him for several weeks. The true test of his brand will be if he maintains or even grows his following when it’s time for them to put their money where their mouth is.

Have any theories about Trump’s current popularity that we didn’t cover here? Let us know about them in the Comments section.