Despite what the dude-bro contingent of Internet haters has to say, the “Ghostbusters” remake is expected to land in second place at the box office this weekend with some analysts predicting up to a $50 million take.

In a summer riddled with failed remakes and sequels, what is the “Ghostbusters” reboot doing that others aren’t?  And what lessons are there for your own relaunch?

Below are five tips every brand should consider when seeking to reinvent.

1.   Land the blessing of the original

[NOT QUITE A SPOILER BUT MAYBE!]

When Bill Murray and the original cast agreed to appear in the remake, they lent a great deal of legitimacy to the new version. After all, who are we to complain, when the individuals who made the beloved original are giving the remake their blessing?

Brand takeaway: If at all possible, create internal buy-in by getting original team members on board with the rebrand.

This may be the trickiest balance: be different enough to justify a remake, but familiar enough to retain the majority of the older film’s fan base. Winks at the original via in-jokes are a good way to satiate the originals’ fans – while doing something like gender flipping the main roles is an effective method for delineating from the original.

Brand takeaway: Always celebrate the “old’s” contribution to the narrative. Embrace your brand or product’s past as you move into the future. If you don’t, you’re New Coke… and we know how that turned out. 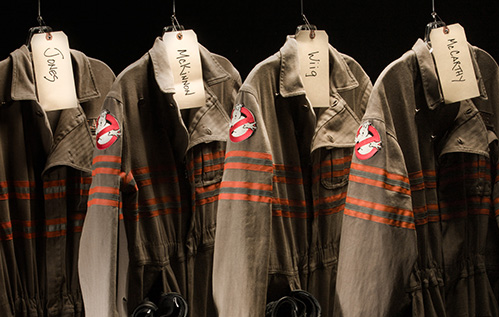 If “Ghostbusters” suddenly became a very serious thriller, people would no doubt loathe it – even if that very serious thriller were technically “good.” Why? It wouldn’t meet expectations, eroding what people loved about the original. Consequently, the very brand the “Ghostbusters” film is trying to capitalize on would be damaged. And in such a case, one might as well make a new project altogether.

Brand takeaway: Identify what people currently love about you. Hold that as your constant.

Fandom is a double-edged sword. While certainly more willing to try a new chapter in the canon, lovers of the original are also the most critical. If the remake’s quality slipped – i.e. if “Ghostbusters” didn’t currently have a 73% fresh on Rotten Tomatoes – it would be dead in the water AND risk damaging people’s affinity to the original. (For an example of this, please see “Godfather III.” Actually, never mind. Don’t do that. Don’t ever do that.)

Brand takeaway: Understand that you have to be at least as good as the original to pay off on the original brand’s promise.

5.   Be prepared for a little backlash

There’s no pleasing everyone. As I noted above, not everyone is thrilled with the new “Ghostbusters’” female-centric direction. And that’s okay. Since filmmakers have done the things listed above, I predict the good will far outweigh the bad.

Brand takeaway: Don’t expect to sway everyone – and don’t course-correct until there is truly a critical mass of criticism.

Have you seen the new “Ghostbusters?” What did you think? Was it more Gus Van Sant’s “Psycho” or Soderbergh’s “Ocean’s 11?” Let me know in the comments.