Earlier this month, I had the opportunity to visit the Hockey Hall of Fame in Toronto. The premier historical museum in international hockey, the Hall was born in 1943 and moved into their gorgeous current location — the 131-year-old former home of Bank of Montreal at the corner of Yonge and Front streets — 50 years later.

In the 23 years since the Hockey Hall of Fame opened there, it’s gone through a number of innovative remodels. And the Hall has brought in several corporate partners, including Esso as the title sponsor of the Great Hall (where the Stanley Cup resides when it’s not with the current champs), and Swiss watchmaker Tissot as the sponsor of the international wing, named the World of Hockey Zone. 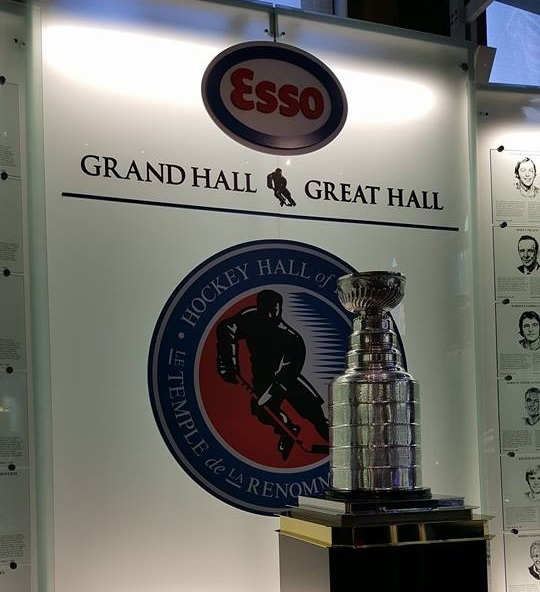 In November 2015, the Hockey Hall again tapped some of their key corporate partners for a series of exciting new interactive exhibits. Two of them caught my eye during my visit.

The first is co-sponsored by the International Ice Hockey Federation (IIHF) and Tissot. Titled the Global Game Flight Deck, the area includes a large, curved video wall (projected from behind) with two touchscreen kiosks.

Users are encouraged to select one of the 74 member countries of the IIHF on the touchscreen, and content for each country populates the kiosk. Statistics and recent international tournament history are included, as well as a number of videos highlighting the sport in that country. The videos aren’t all of NHL players, though: Highlights include teen tournaments, women’s teams and international competitions.

That content can move from the smaller kiosk screen onto the projection wall as well.

The second area that stood out was the Scotiabank Hometown Hockey area. Flanked on either side by prestigious international trophies, a screen displays information about grassroots-level hockey in Canada. 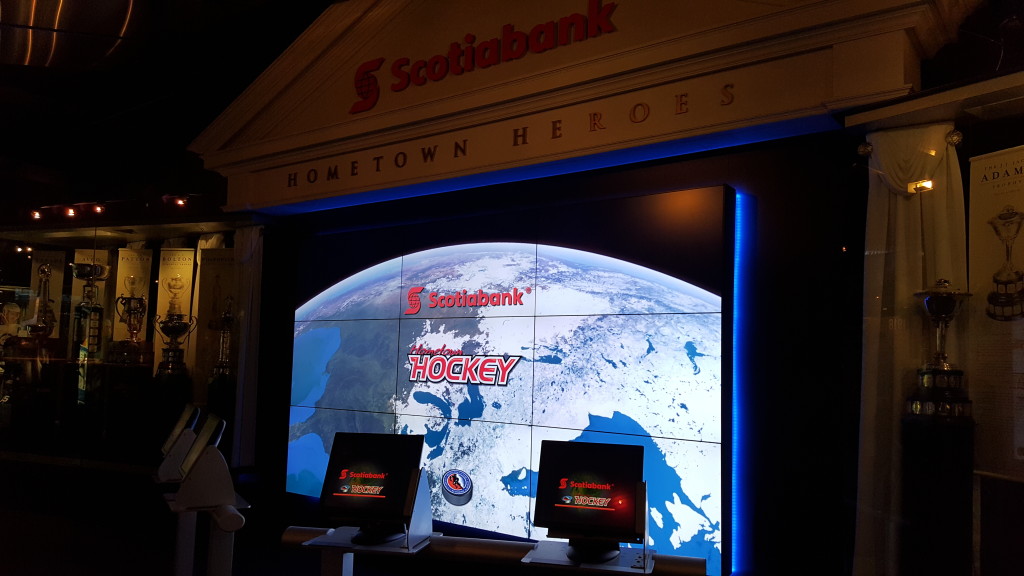 There are four interactive kiosks in that section, allowing users to find their hometown in either the United States or Canada in a registry, and view NHL players and Hall of Famers who have also called that place their hometown at some point.

This interactive area also allows fans to put their team into the Hall of Fame. Through the Hall’s website (and for a small fee), a player from any youth or adult rec league squad can have their team photo displayed at the Hockey Hall of Fame. So, next to the greatest names in the history of the game are teams of pond-hockey and 6th grade players from across North America. 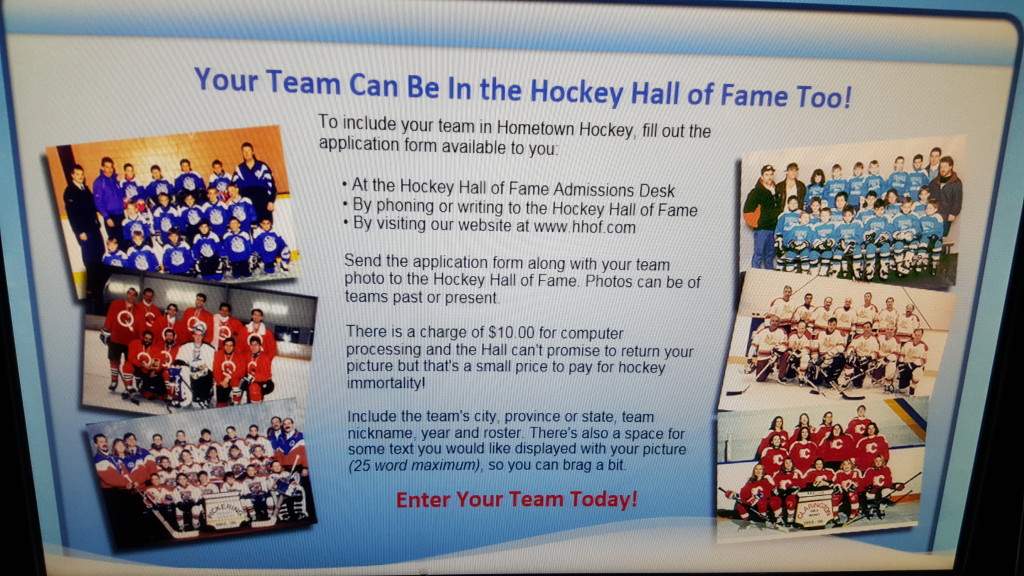 Throughout the Hockey Hall of Fame, brands are seamlessly integrated into exhibits. And the technology they’re adding is keeping the museum at the forefront of audience engagement and interactivity.